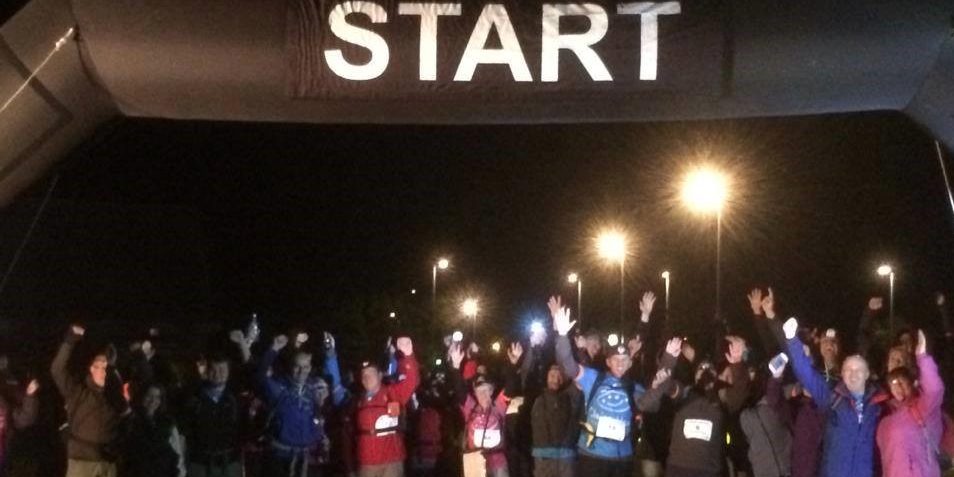 After his April adventure, which saw him successfully take on two formidable zip wire’s, Flowtech Water Solutions’ Martin Donaldson has now completed a second challenge, raising lots of much-needed cash for Claire House Children’s Hospice. Simply and succinctly titled ‘Snowdon at Night’, this exciting experience saw Martin scale the dizzy heights of England’s and Wales’s highest peak – all in the glorious twilight of a summer evening.

Martin’s journey began in the foothills of Yr Wyddfa, better known as Mount Snowdon. Assembling with a group of fellow climbers just after midnight on Saturday, Martin registered at the enticingly-named Electric Mountain café and prepared for the arduous climb, which was set to take around four hours. With only the scant illumination provided by the moon and supplemented by one or two powerful torches, Martin began his ascent of Snowdon with Claire House Children’s Hospice firmly in the front of his mind.

Martin, along with his fiancé Tracey, shaved a full hour off the expected climbing time, reaching the summit at around 3am. After the remarkable climb of over 3,500m, Martin and Tracey were in need of some refreshment, which was admirably provided by a bottle of classy, naturally-chilled Champagne. Drank al fresco under a galactic blanket of twinkling stars, the celebratory beverage was a fittingly-luxurious conclusion to such a taxing event.

What goes up must come down and, after a revivifying and welcome tipple, Martin and Tracey began their descent. Upon reaching the base of the mountain, they were treated to a slap-up breakfast before retiring to their respective sleeping places for a well-earned doze!

Martin and Tracey both now sport an attractive medal to show off their efforts, which have raised in excess of £500 for Claire House Children’s Hospice. We would like to congratulate them both, along with everyone else who took part in the ‘Snowdon at Night’ challenge.

A Big Thank You To Everybody Who Donated.