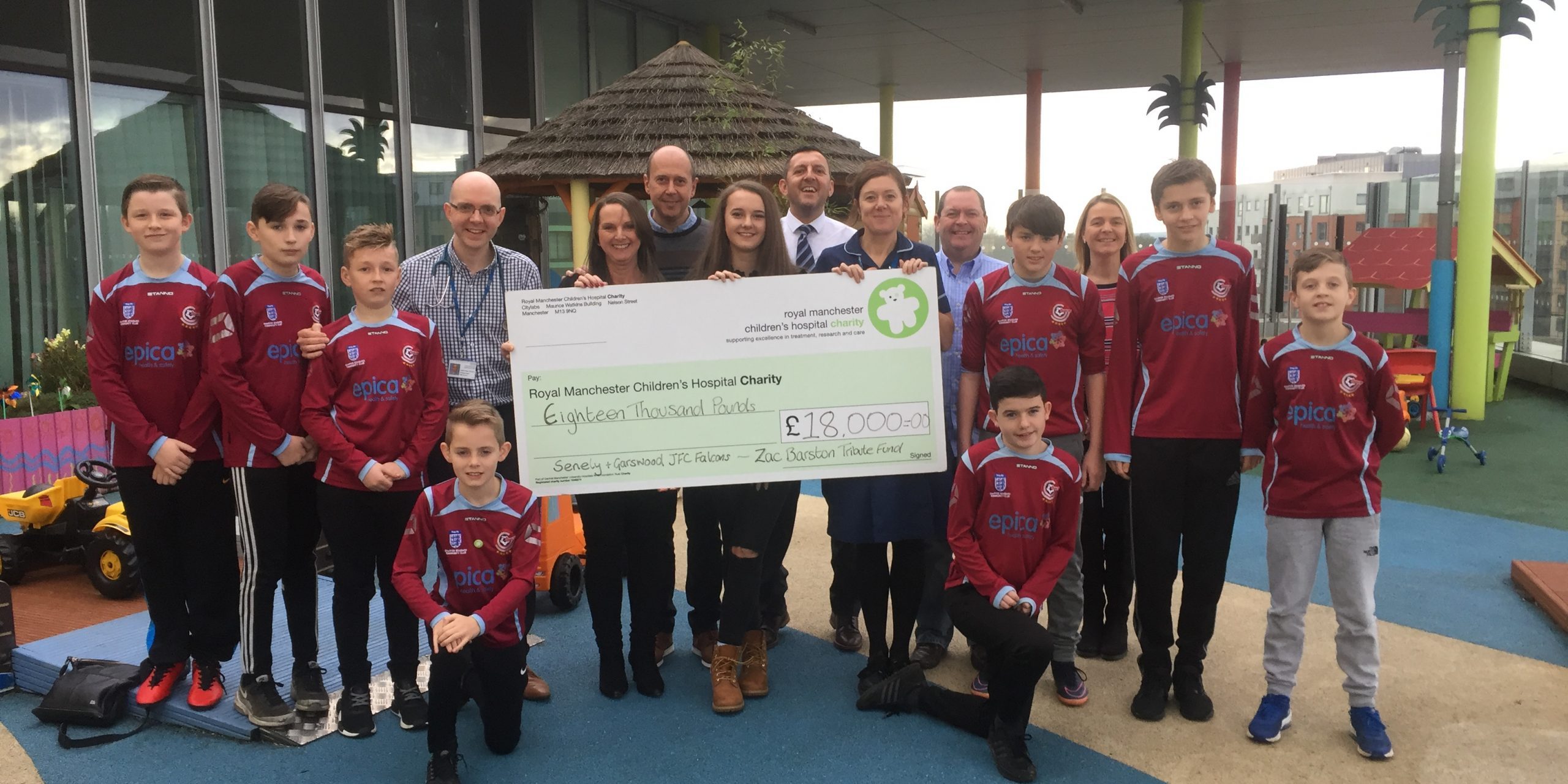 Back in September, our Sales Director Martin Donaldson hosted a charity event in memory of Zac Barston.

Zac played for the football team that is managed by Martin. The team dealt with the terrible news of the untimely death of one of their teammates as Zac died on 30th March 2015, aged just 10 years from an aggressive brain tumour ‘glioblastoma multiforme’. Zac had been fighting this for some time and had been under the care of the Royal Manchester Children’s Hospital.

All proceeds from this event went to the Zac Barston Tribute Fund which supports the Children’s Brain Tumour Research Network at the Royal Manchester Children’s Hospital. This means that every penny raised will go directly into treatment and improving the quality of life for children unfortunate enough to be in a similar situation to Zac, plus research into beating this truly horrible disease. The grand total that was raised from this event was a fantastic £18,000!

Thank you to everyone who donated and attended on the night.